Brno is the second largest city of the Czech Republic.It is political,cultural and scientific centre of the South Moravia Region.City of Brno is the statutory city.It is divided into 29 city districts.The supreme body of the City of Brno is the 55-member General Assembly, elected for a period of four years in local elections. The 11-member City Council is the executive body of the city.Mayor represents the city of Brno on the outwards. Brno City Municipality is a body of the responsible for local goverment and state goverment.

The contents of this web page are published under the responsibility of City of Brno www.brno.cz 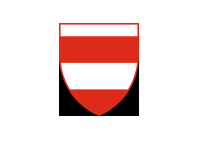