Municipality of São Pedro do Sul

São Pedro do Sul belongs to the region of Lafões which is situated in the heart of Beira Alta, a region embedded in the basin of Vouga, which is forming a rugged landscape of genuine nature. The municipality is very mountainous and has a sharp relief in the North, with altimetry variations between the valley of the River Vouga in the south (elevation of 55m) and the massifs of the mountains Freita, Arada and Gralheira (peak 1119m). Natural elements, associated with its mountainous character, that is most evident in the northern part of the municipality, determine the physical and human characteristics of São Pedro do Sul.

The municipality of São Pedro do Sul has 14 parishes divided on an area of 348 km² and a total of 16,851 inhabitants according to the census of 2011. The municipality is rich in heritage and has an unique landscape. Its major service areas are tourism and gastronomy. Further, it holds a privileged position in the region due to its centrality in the region. São Pedro do Sul is located in the southern part of the county and is situated approximately 25km from Viseu, 120km from Coimbra and Porto and about 300km from Lisbon.

The municipality has a rural environment with high rate of aging population and a significant proportion of the polpulation is unemployed or inactive. Most families have a low level of education a low level of income and are therefore using agriculture subsidy and local support.

Nevertheless, there is a system of the social networks set in place to find solutions for the problems of the municipality, such as alcoholic behavior and domestic violence. They are adapted to the demographic dynamics as well as to the social and economic conditions. Examples are day centers, home for the elderly, kindergartens, social cantinees, food banks, children and youth protection commission, CLDC +, income support, social support of the local authority. 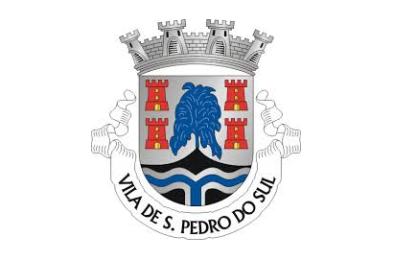