The municpality of Câmara de Lobos is located in the south of Madeira at the Atlantic Ocean.  It is surrounded in the east by the capital of Madeira, Funchal, in the west by the municipality of Ribeira Brava, in the north by Santana and São Vincente and in the south by the Atlantic Ocean.
With a surface of 52 km2 the municipality of Câmara de Lobos has a population density of 595.7 inhabitants per km2 and is characterized by a very young age structure compared to the national and European average.

Today, the city is focused on the service sector. Manly tourism is playing a major role and is the engine of the regional economy.

The town owes its name to the fact that when the discovered of Madeira, João Gonçalves Zarco (1419) landed here for the first time, he noted that there was a thin rock that came out of the sea and that between this rock and the other ones was an arm of the sea, where nature has built a great cave. He entered the cave and saw many sea lions and therefore the village was named Câmara de Lobos (Chamber of the wolves).

A non-judicial official institution with functional autonomy is situated in Câmara de Lobos.  It promotes the rights of children and youth and is working on prevention as well as on the security of children, health, training, education and integral development.

The Câmara de Lobos Child Protection Commission was established by Decree No. 74/95 of 4th July 1995. The first meeting was held on 19th December 1995 in the Great Hall of the city council with the following entities: the public ministry, the regional health center, school delegations, the police and the city council. The meeting was chaired by the public ministry and the representative of the municipality. Currently this commission is set up in its version restricted to 7 Members who are representatives of the community 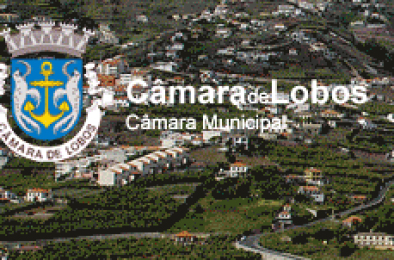