Žilina is a natural centre of north-western Slovakia and with a population of 84 604 inhabitants (as per December 31, 2010) it ranks among the largest cities in Slovakia. Its geographic location is 49°15' of north latitude and 18°45' of east longitude and it lies at an altitude of 333 metres above sea level. Žilina is situated around 200 km from Bratislava, the capital of Slovakia. Žilina is located in the valley of the Váh river, in the Žilina Basin, at the confluence of the Váh river with its tributaries Kysuca and Raj?anka. The Žilina Basin is surrounded by the mountain ranges of Malá Fatra (Lesser Fatra), Strážovské vrchy (Strážov Hills), Sú?ovské vrchy (Sú?ov Hills), Javorníky and Kysucká vrchovina (Kysuce Highlands). Žilina is a centre of significant political, cultural, sport and public health care institutions. It is the seat of new Žilina Diocese, important business centre and entrance tourist gate into the Žilina Region. It is the seat of the Žilina Self-Governing Region authorities, one of eight regions of the Slovak Republic, with an area of 6 788 km2 and with 697 502 inhabitants (as per December 31, 2009). The city of Žilina is the seat of the Žilina Region. Together with the Region, it keeps a stable position of the second or third place in gross domestic product per inhabitant. Its economic potential can be proven by the fact that Žilina has (after Bratislava) the biggest number of traders per thousand inhabitants. As for the number of join stock companies and limited companies, Žilina keeps third position in Slovakia. The Slovak Commercial and Industrial Chamber in Žilina is the second biggest in Slovakia. Nowadays, the city of Žilina represents a dynamic development accelerated by KIA Motors Slovakia investments. However, the City is not only a centre of car production, but together with the Upper Váh River Region (Horné Považie), it is an interesting tourist destination. Interesting events held in the city of Žilina and its surroundings during the year (Carnival Slovakia, Central European Festival of Concert Art, Old Town Festival, Folklore Festival in Terchová, Medieval Day, Rajec Marathon ...) make the development of the City tourism more dynamic. The city of Žilina is a centre of theatres, museums, galleries, parks and sports facilities. Its historical centre is crossed by one of the longest and the most beautiful pedestrian zones in Slovakia.

Department of social welfare and housing of the Municipal Office of Žilina is cooperating with Civic association Náru? (www.naruc.sk) in the Pact of Towns and Regions to Stop Sexual Violence against Children.. 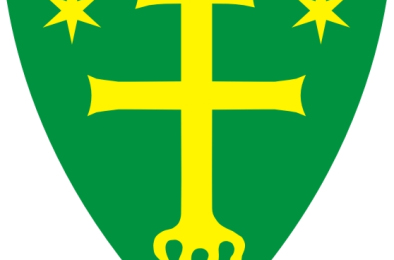