Training course for main stakeholders in the fight against sexual violence, abuse and exploitation of children 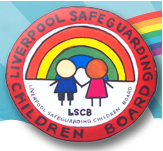 In December 2013, Liverpool Safeguarding Children Board organised a training seminar for major stakeholders.

The aim of the training was to increase participants awareness of Child Sexual Exploitation as a form of sexual abuse and to enable the stakeholders to identify vulnerability and risk factors.

At the end of the seminar, participants would:

•Have an understanding of the definition of Child Sexual Exploitation
•Recognise typical indicators of sexual exploitation in children and young people
•Have an understanding of the Grooming Process
•Understand the vulnerabilities that lead to Child Sexual Exploitation
•Be able to identify Children and Young People who may be at Risk
•Be clear on how, when and why to share information
•Discuss ways in which to communicate and engage with vulnerable young people
Sessions were organised on: